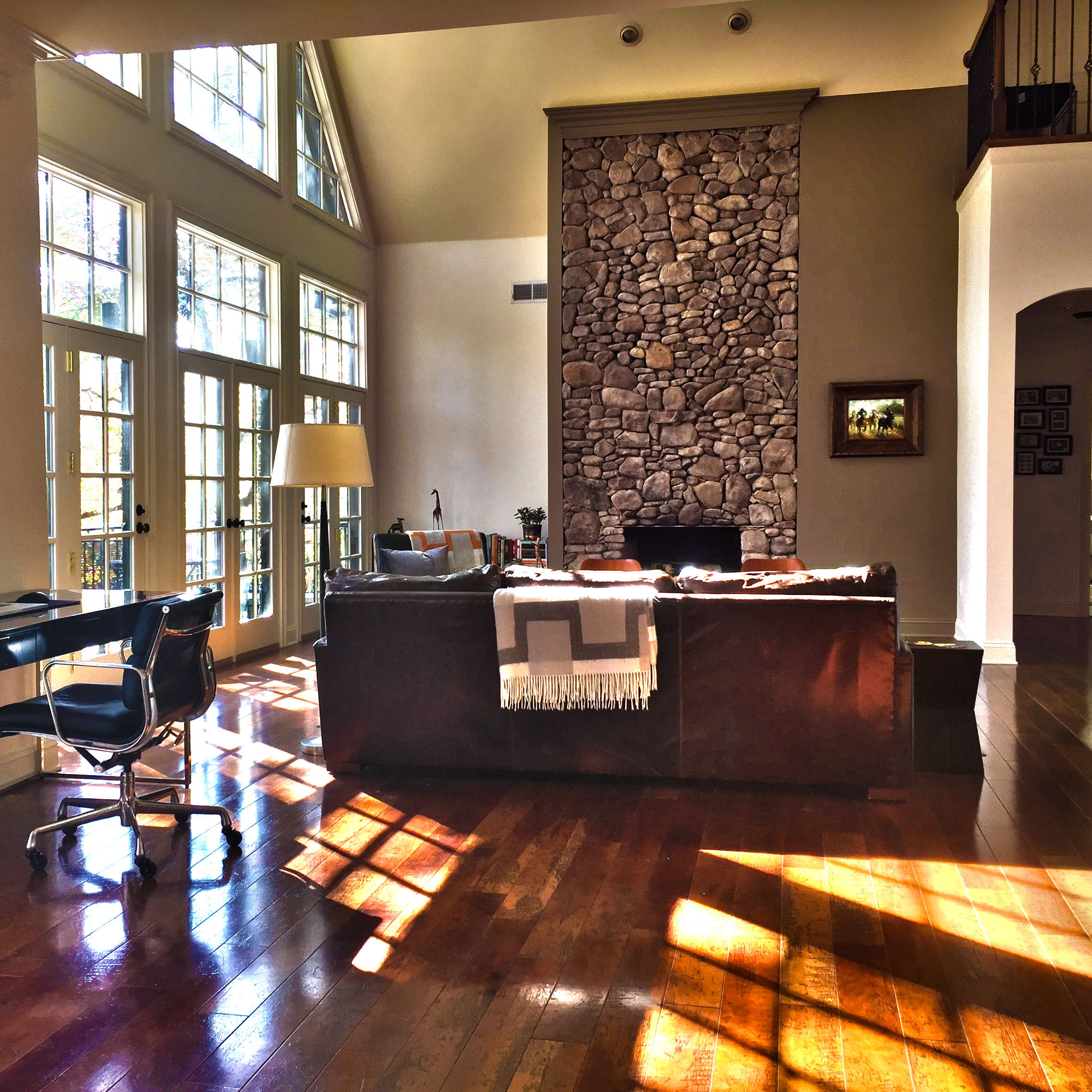 Situated south of downtown Birmingham and just over Red Mountain, Homewood has its own local feel while convenient to Southside and Downtown Birmingham. It is central to hospitals, interstates and local universities notably UAB and Samford. This is just one of the reasons Homewood's home values have maintained their stability in tough times and continues to grow in these very good times. In addition to Homewood's central location, it also is one of the most charming, walkable cities in the Birmingham metro. Families are also drawn to the impressive Homewood city school system. This attribute has continued to be enhanced as the city has grown by careful design over recent years.

It’s difficult to talk about Homewood without thinking of the most historic neighborhood in Homewood, Hollywood. The popular neighborhood of Hollywood is primarily a historic district, annexed into Homewood in 1929. You will find many Mission and Spanish Revival architectural style homes in the neighborhood inspired by the glamour of Hollywood, CA, thus the name. English Tudor style architecture can also be seen throughout, prevalent popular in Birmingham at the time.

If you like walking for exercise or just to clear the cobwebs, you will love Hollywood for the many connecting streets and sidewalks. Hollywood borders Mountain Brook Village and right at the edge of Homewood and Mountain Brook is Starbucks. After a long walk, you can sip on a latte or head on over to Soho for a delicious, Greek meal at Zoe's, a Homewood original restaurant that has seen tremendous national success. I loved eating there when it was just about 8 tables and Zoe still ran the show. Quaint fun times that gets better with age. The newer section of Hollywood also borders Brookwood Mall featuring great shopping and unique restaurants.

In the past 6 months, 15 Hollywood homes have sold for an average of $536,833 with an average 2,530 square feet of living space. The average days on the market is 54 days with many of those houses only on the market for less than a week. Homes in the neighborhood were built between 1928 and 2012. In large part, many homes in the neighborhood have been beautifully renovated and brought up to the luxury standards of the 21st century. Homeowners who have invested time and money in upgrades and renovation projects have seen a great deal of return on their efforts.

Homewood High School offers 21 AP courses and in 2009, of the 236 graduates, 206 had taken at least 1 AP exam. The school has 8 honor societies and many clubs including Debate Team, Key Club, SGA, and yearbook. The marching band has participated in the Macy’s Thanksgiving Day Parade 8 times and Tournament of Rose 4 times.  One in three students participates in the band program in many roles including instrumentalists, dancers, flag corps, and managers. Students have the opportunity to participate in football, cheerleading, basketball, baseball, soccer, wrestling, golf, tennis, softball, volleyball, lacrosse, cross country, and track and field. 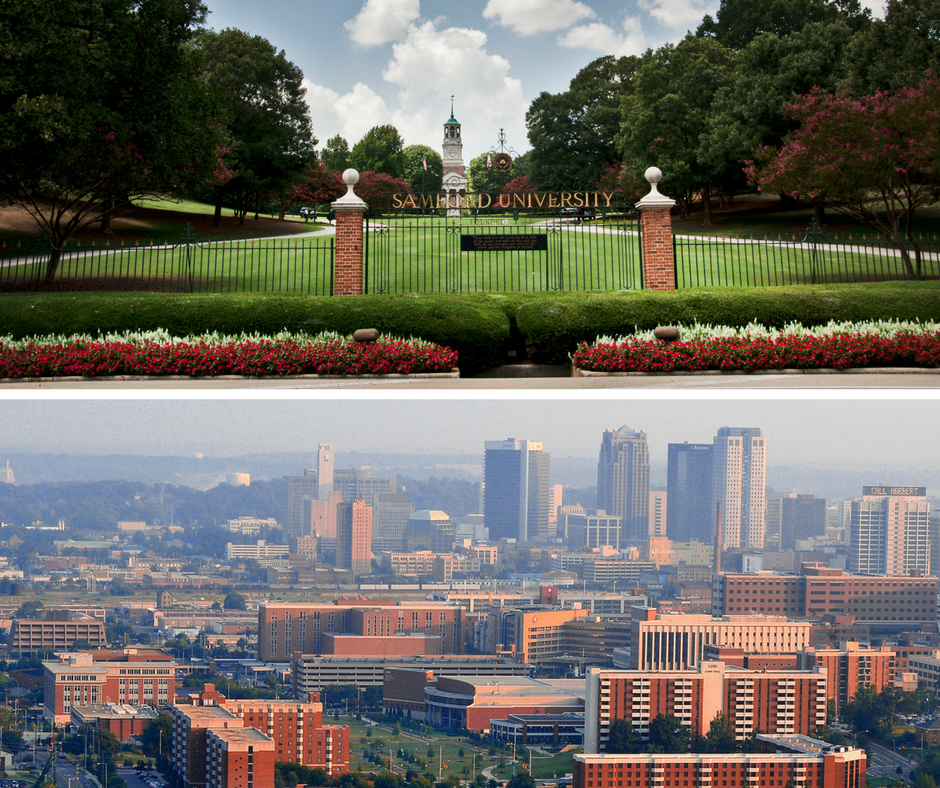 Samford University is a private Baptist University located on Lakeshore Drive in Homewood. The University has 30 undergraduate programs with 166 majors and 17 varsity sports. There are 10 schools including School of Arts, McWhorter School of Pharmacy, School of Public Health, Cumberland School of Law, and Beeson Divinity School. Samford is a popular school for pharmacy, education, and healthcare professions.

The neighborhood also located conveniently close to the University of Alabama at Birmingham in downtown Birmingham. UAB is one of the top Hospitals in the Southeast. In the Birmingham Metro area, 10% of jobs are at UAB. As of the fall of 2017, there are 68,566 students enrolled at the university. It is the 4th largest academic medical center in the United States.

Homewood was founded in the 1920s and soon after the city of Hollywood was annexed into the city. The city had a boom of growth during and after World War II when the demand for steel increased in Birmingham. The city today has around 25,000 residence.

In 2005, Homewood’s City Center went through a major makeover with Soho Square. City Hall was encased in a mixed-use modern-day town square that encompassed restaurants like Zoe’s, Jackson’s and Demetri’s to name a few, clothing and gift stores, high-end apartments, College Hills and high-end townhomes, Soho Flats and Hallman Hill. For the latest in “neighborly news”, you can pick up a copy of the award-winning, local paper, The Homewood Star, or look it up online. 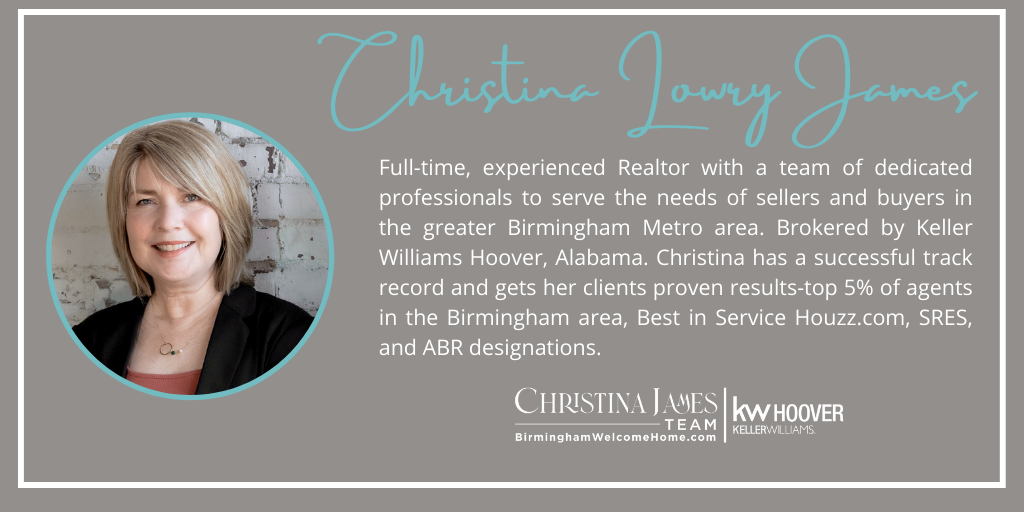 © Christina James and BirminghamWelcomeHome.com, 2018. Unauthorized use and/or duplication of this material without express and written permission from this site’s author and/or owner is strictly prohibited. Excerpts and links may be used, provided that full and clear credit is given to Christina James and BirminghamWelcomeHome.com with appropriate and specific direction to the original content.